Original Review for the Reviews Hub 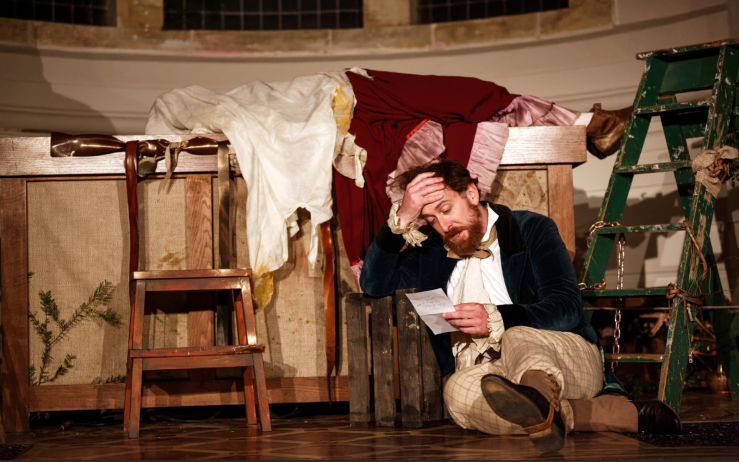 Playing God in an Anglican chapel is, like Frankenstein’s Creature, ‘fearless, and therefore powerful’. Amongst the gravestones at Arnos Vale, Red Rope Theatre stitch together and stage their agonised, magnificently imagined Frankenstein’s monster at the cemetery’s Victorian altar in Matt Grinter’s elegiac, gorgeously gothic imagining of Mary Shelley’s classic novel.

Thematically and theatrically atmospheric, Arnos Vale and the novel are Victorian artworks framed by the Ancient Greek: in its title, Frankenstein references the mythological figure ‘Prometheus’, whose actions Victor echoes in creating the Creature, and the nineteenth-century cemetery at Arnos Vale was created to echo the classicism of a Greek necropolis. And, with fingers, faces, and figures under foot, it’s frighteningly fertile ground for playing God.

Grinter’s text is poetic, with some elegantly elegiac monologues for the gifted and frugal cast of three, especially in an elegy to the mother of Danann McAleer’s guilt-plagued, grief-stricken Frankenstein, for whom death has invited itself in and will never leave. Though powerful in its poetry and fearless in the actors’ performances, there are moments that lose their power with the pacing, END_OF_DOCUMENT_TOKEN_TO_BE_REPLACED